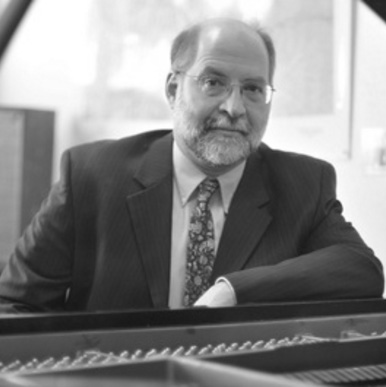 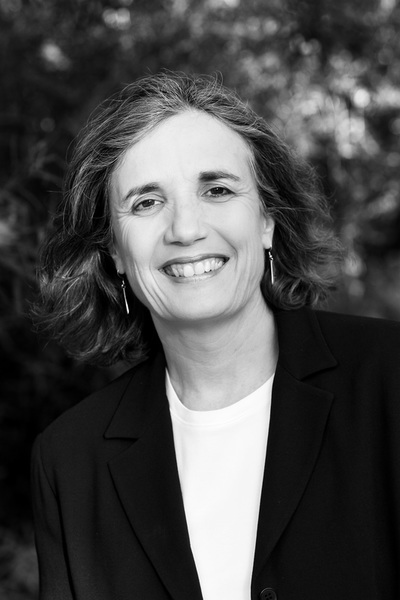 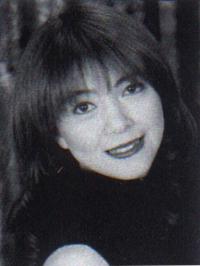 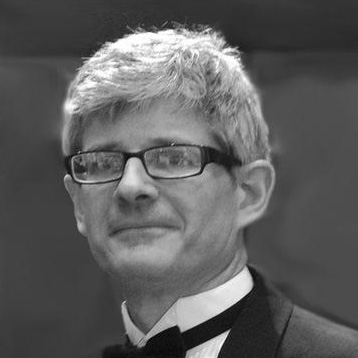 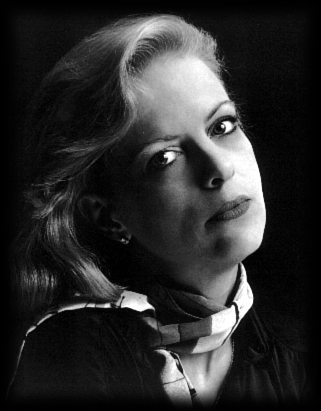 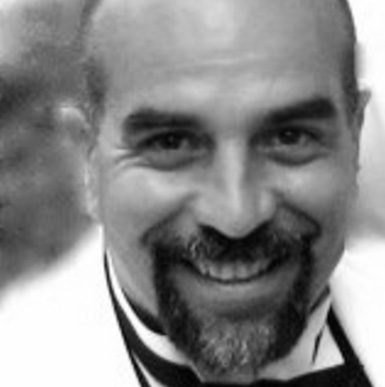 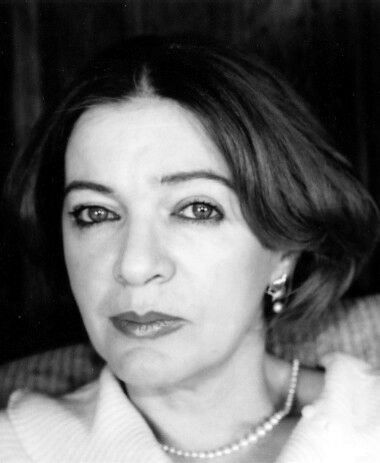 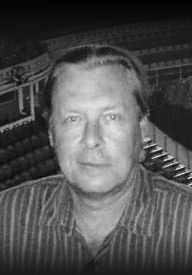 Jonathan Bellman, D.M.A.
is Professor and Chair of the Music History Department at the University of Northern Colorado.  He earned his B.A. and M.M. degrees in piano performance from the University of California, Santa Barbara and the University of Illinois, respectively, and his D.M.A. in Piano Performance Practices from Stanford University. His primary interests are nineteenth-century musical style and piano performance practices, particularly relating to the music of Frédéric Chopin.  Dr. Bellman was a ballet and modern pianist for the National Academy of Arts in Champaign, Illinois and the San Francisco Ballet Company and School. He has participated in the Stanford Baroque Dance Workshops with the late Wendy Hilton and Linda Tomko and has played classes for many notable ballet teachers including Charthel Arthur, Christine Hennessey, Jon Rodriguez, Lupe Serrano, and Michael Smuin.
Jack Conners
is celebrating 35 years with the Audio Engineering Society. He began his career as the recording engineer for the Baltimore Symphony Orchestra. Jack worked in Nashville, TN involved in the manufacture and service of professional audio consoles. While there, he engineered recording sessions with Edgar Meyer and Ricky Skaggs among many others. Jack served Interlochen Public Radio (MI) as chief engineer for fifteen years before opening Perfect World Studios in Traverse City, MI. He also teaches audio technology at Northwestern Michigan College. We are grateful that Jack has recorded and mastered ten CDs for BRIO Recordings.

Lynne Haeseler, D.M.A.
is a versatile, collaborative artist who continues to work nationally and internationally as a concert soloist, accompanist, and dance pianist. Dr. Haeseler received her music degrees from S.U.N.Y Purchase and the University of Arizona. As an integrated arts performer, she has explored unusual venues and collaborative settings for piano performances that include movement, spoken word, and theatrical lighting. Dr. Haeseler has served on staff with the Vail International Dance Festival, Arizona State University Dance Department, and Ballet Arizona Company and School. She has been a guest accompanist for American Ballet Theatre, Paris Opera Ballet, and Pacific Northwest Ballet. Dr. Haeseler has made four CDs for BRIO Recordings. She has also recorded High Seas and Lowlands with the Orpheus Male Chorus, and Chase the Moon/solo piano. www.lhpiano.com
Ritsuko (Micky) Kubo,
pianist and conductor, holds a Bachelor of Music in Piano Performance, Emphasis in Music Education from Musashino Music Academy, located in her native Tokyo, Japan.  Ms. Kubo began her career as Company Pianist for Ballet West and Accompanist for the Ballet West Conservatory followed by Company Pianist for the Colorado Ballet and Accompanist for the Academy of Colorado Ballet. She is currently on staff with the San Francisco Ballet. Ms. Kubo has played for Burklyn Ballet Theatre, the Vail International Dance Festival, and the Denver Ballet Guild Competition.  She has also been guest pianist and conductor with the Colorado Symphony Orchestra for their ballet repertoire.  She has worked with many noted ballet teachers including Bene Arnold, William Christensen, David Howard, Ben Stevenson, Nadia Tikhonova, and Violette Verdy.
Steve Larson,
​composer and pianist, has been accompanying dancers for over 20 years. He has worked with Ballet Hispanico, Feld Ballets/NY, Milwaukee Ballet, Hubbard Street Dance Chicago, Andahazy School of Classical Ballet, Alaska Dance Theatre, and Minnesota Dance Theatre.  Mr. Larson holds degrees from the University of MN and the University of WI his teachers included Vladimir Levitski, Judith Jaimes and Paul Freed. His compositions have been performed by violinist Hal Grossman, the Interlochen Academy Choir, the Backyard Recorder Consort, and the Concord Chamber Orchestra. For many years, Mr. Larson was editor of The Dusty Corner, a nationally distributed newsletter for ballet accompanists.  Steve Larson is currently on staff at the Interlochen Center for the Arts, where he collaborates daily with dancers and musicians. Otherwise, he can be found indulging his passion for improvising at silent film screenings. He dedicates his music on his CDs to his wife, Mary, and daughters, Katie and Zoë.
​​Chérie Noble,
choreographer, ballet master, and teacher, danced professionally as a charter member and soloist of the Pennsylvania Ballet Company. Ms. Noble has served as Associate Director of Ballet Arizona and as Ballet Master and Company Teacher for the Pennsylvania Ballet Company, the Iranian National Ballet, and Ballet Oklahoma. She has taught several American College Dance Festivals and Regional Dance America Festivals, and has participated as a master teacher for the RDA Craft of Choreography Conference and for the National Foundation for Advancement in the Arts. Ms. Noble has choreographed more than sixty commissioned works and enjoys staging the full-length classics. Nationally recognized for her extensive teaching residencies in the U.S. and abroad, Ms. Noble is respected for her knowledge, caring guidance, and ability to develop artistic potential.
Anthony J. Patterson,
pianist, conductor, and composer, made his debut at age seven with the Lima Symphony Orchestra (OH) and has since won prestigious piano competitions and appeared as soloist with various orchestras. His teachers include Richard Syracuse, Jerome Rose, Don Hurless, Andre Watts, and Earl Wild. Mr. Patterson is currently Artist-in Residence at Alma College (MI) where he contributes his talents within the music and dance departments.  He spends his summers on faculty at the Bay View Music Festival (MI) where he plays numerous concerts and has served as Music Director for the Bay View Opera. His composition credits include instrumental, dance, and vocal music commissioned by universities, chamber ensembles, and individuals. Mr. Patterson is also a clinician and demonstrator for Casio Sound Technology keyboards. He dedicates his music on his CDs to his wife, Casey Robards, and his father, Richard Patterson.
Sofia Pavlova,
pianist, with advanced degrees in Music History and Music Theory, studied at the Zaporozhye State Music College and Donetsk Music and Pedagogical University, Ukraine.  She was the music theory department chair at the Vladimir State College of Choreography, Russia, and has written textbooks on musical accompaniment for Dance. Ms. Pavlova is an accompanist at S.U.N.Y. Purchase and Coupé Dance Theatre in Nanuet, NY. She has played master classes at Steps On Broadway and Ballet Academy East in NYC and has received high praise for her skills from numerous teachers including Fabrice Herrault, Ted Kivitt, Michelle Lucci, Alexander Proia, Rosanna Seravalli, and Ethan Stiefel. Ms. Pavlova dedicates her CD to her best friend and mentor, Olga Trusova, and to her children, Anton and Goldy.
​Curtis A. Probel,
a graduate of Carnegie-Mellon University, began his remarkable career with Pittsburgh Ballet Theatre under the artistic direction of Patricia Wilde. Subsequently, he was on staff with Ballet Florida and North Carolina School for the Arts.  He served as Company Pianist for the Atlanta Ballet under the artistic direction of John McFall before moving to London where he is currently on staff with the Royal Ballet Company.  Mr. Probel  has played for many international companies including: American Ballet Theatre, Boston Ballet, English National Ballet, Hungarian National Ballet, Miami City Ballet, New York City Ballet, The Royal Ballet, San Francisco Ballet, State Ballet of San Paulo, and Baryshnikov’s White Oak Project.  Mr. Probel dedicates his music and performances on his CDs to his wife, Patricia Glover, and his mother, Shirley Probel, with grateful appreciation for their inspiration and support.